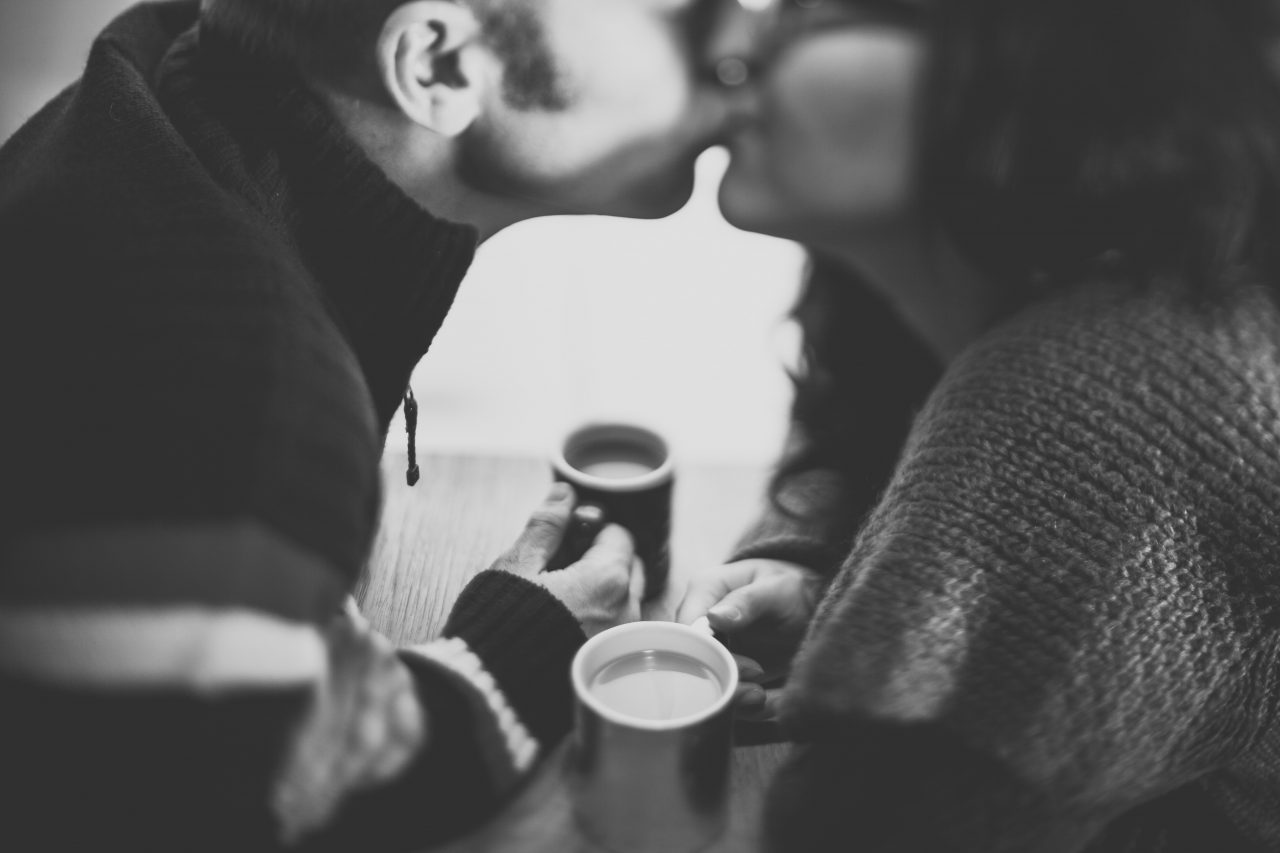 Choosing to breastfeed is a big decision many tend to overlook. We create such tight knit relationships with our babies but we also miss out on some things.

We miss out on actually eating a warm dinner on time, being able to complete a task without stopping to nurse and of course still having enough energy in reserve for our partners.

That’s not to say we would change things – we love nursing!

But it can be difficult and challenging at times, especially for our sex life. Here I go through some of the main issues (and advantages!) we hit when it comes to getting some frisky time in.

Please, grab yourself a glass of….juice and dive in mama!

I remember it well: those first few days I wore the special bras, put the pads in, stayed discrete and trying to recompose every ounce of credibility I could.

Then gradually I watched myself turned into a I don’t GAF mom with pants I used to sleep and stay in all day, and t-shirts I would just fill up the washing machine with when they got stained.

I would carry a cloth around in case of any real nipple waterfalls, and my hair was almost always a darned mess.

It wasn’t really any wonder that my sex life took a little bit of a dip. Luckily for me, my man is an understanding soul and wouldn’t really mind what I dressed in.

But it affected me cause I never felt really….sexy. Not with my boobs out all day sprawled out on the sofa for the dozenth time.

So yeah, I would that some intimacy is lost in the sense that you’re fully exposed constantly, which leaves no guesswork for you partner.

It sounds silly, but sometimes what men truly desire is to see you fully dressed to then imagine you naked. Spend all day in the nuddy and he’ll just get used to it.

(Guys, correct me if I’m wrong)

Go that extra mile sometimes (just sometimes) and wear something half decent. Put a skirt on, let your hair down from that scruffy bun, wear jeans…you name it.

I’m not gonna tell you what to do, you know what works – the most important thing is that you feel you, and ready to get in the game again.

Know what it’s like to run off four hours of sleep and have to act like a reasonable human being the next day?

Ask the breastfeeding mother to a newborn. No seriously though, I don’t know how we do it.

What I do know is that I seem to have adapted to a permanent zombie-like state 24 hours a day.

Is it really any wonder then that when baby finally gets down at night, mom too is out like a light?

There were some nights that my partner said that he’d be up to bed shortly and give me a little kiss and a wink.

Did I stare at the ceiling twiddling my thumbs, waiting to hear his footsteps come up those stair?!

I had to start telling him that if he didn’t arrive within 10 minutes of the time I went up to bed, to not even bother.

If your partner is serious about getting a jiggy on, suggest that he take the baby so you can nap and replenish your energies for such activities.

Another trick is to make use of a nap time as sexy time and tip toe to the bedroom.

Put some music on lightly, some tv in the background or whatever and just get it on.

I bet you said ‘ouch’ in your head when you read that right? Yeah not the most fun part of newborn nursing life.

Even with the right latch, the initial suction can leave moms sensitive. Of course, if your little one is past the 6 week mark and you’re still feeling pain it’s important to seek out a lactation consultant.

Normally as time goes on your nipples will get used to it unless your latch has become more shallow, hence baby is pulling more. And then there’s the teething phase…

Let’s just say, they get their fair share of some rough play at best. So it’s pretty normal that when the hubs wants to play with them too it’s more of a no-go than a yes please.

Hey I didn’t say that you have to ban it altogether! Just know your limits, understand what feels good for you now and communicate that with your partner.

You may find that your breasts leak while you’re having sex – don’t worry this is perfectly normal and something you can have a little chuckle about together as long as it’s not something that bothers you.

The reason this happens is because the happy hormone oxytocin you release during sex is the same one that triggers your let-down in nursing. It’s actually a good sign that you’re having fun and letting go, so try not to stress too much about it!

Some partners actually can find it a turn on so before you feel judged, get on the same page as him and figure out how you both feel.

Ah. This one is a little harder to find an immediate solution to unless you have a willing neighbour who can take your darling angel off your hands for an hour or two.

Just kidding – it’s totally possible to actually find some love-making time with a new baby on the scene, even if it does seem like dodging the infra-ray security in the art museum trying to steal the Mona Lisa.

It’s all about timing. As in point two, I mentioned that I would remind my SO to come up to bed within a reasonable time…or nothing.

It took a whole lot of interrumpted sessions before I caught on and did the same when it came to baby scheduling.

Now I just say: ‘I’ve got twenty minutes before she wakes up’ or ‘It’s nap time in about an hour’ and Bob’s your uncle.

I know, I know, it’s not the most sexy and spontaneous – but you know as well as me that there is little room for spontaneity when you’ve got kids on the go.

It doesn’t mean you have to bark orders to your hubby – just subtly let him know where you’re up to in your baby schedule, and hint at an open time slot that could be filled.

You can thank me later.

I hear you. It doesn’t matter if you’ve decided to stay at home or you’ve gone back to work, the world still feels like it’s pulling you in all sorts of directions.

You sit down to have a little peace and quiet amidst the hustle and bustle of your day, only to hear baby calling for you, or some other errand awaiting your attention.

There’s only so much time in the day and it’s important that you dedicate a small slice (you totally just imagined cake)of that time to yourself. You just can’t work on a half-empty battery.

Throw into the mix that you feel as if you’re constantly sharing your body with your wriggly little worm and you have a seriously touched-out mommy.

Hopefully you have a co-operative dad who considers you, his woman, someone who needs a time out now and then and will happily candidate himself to giving you just that.

Unfortunately, most moms that I’ve befriended in my time over here have reported this is not usually the case.

Perhaps it just doesn’t enter his head – which at this point qualifies you to just invent x item on the shopping list and shoot out the front foor baby-free without a glimpse of remorse.

Usually after the first time this happens, he will catch on and give you more deserving breaks.

Anyway – the point is, during this ‘you’ time, do whatever it is you need to just decompress, switch off from doing and relax. Maybe listen to some music, go to a yoga class or something that helps you rediscover your identity as a woman, not just a mother.

I guarantee that the more you connect with who you are, the more you will automatically see your libido increase.

Summing it all up:

Don’t be afraid to reach out to another mom that’s been there and has the milk-stained t-shirt. You need support and understanding – and other women can really give you a boost!

When you’re ready, sit down for a chat with your partner and ask each other some questions you might be having. The more you are open about what’s going on, the more you normalize it to be able to move on to better things – and better sex.

I hope that this post has helped you out, let me know with a comment below if there is anything else that popped up for you during your breastfeeding journey, let’s help each other out!

– Can I get pregnant while breastfeeding? 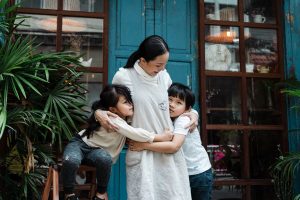 HOW TO FIND JOY IN MOTHERHOOD AGAIN 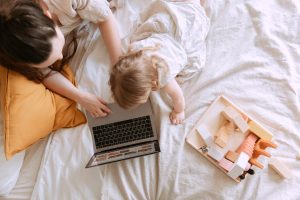 4 REASONS YOU NEED TO STOP DOING IT ALL MAMA 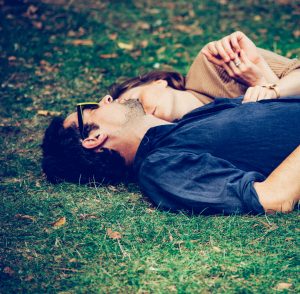 HOW TO REDISCOVER INTIMACY AFTER HAVING A BABY