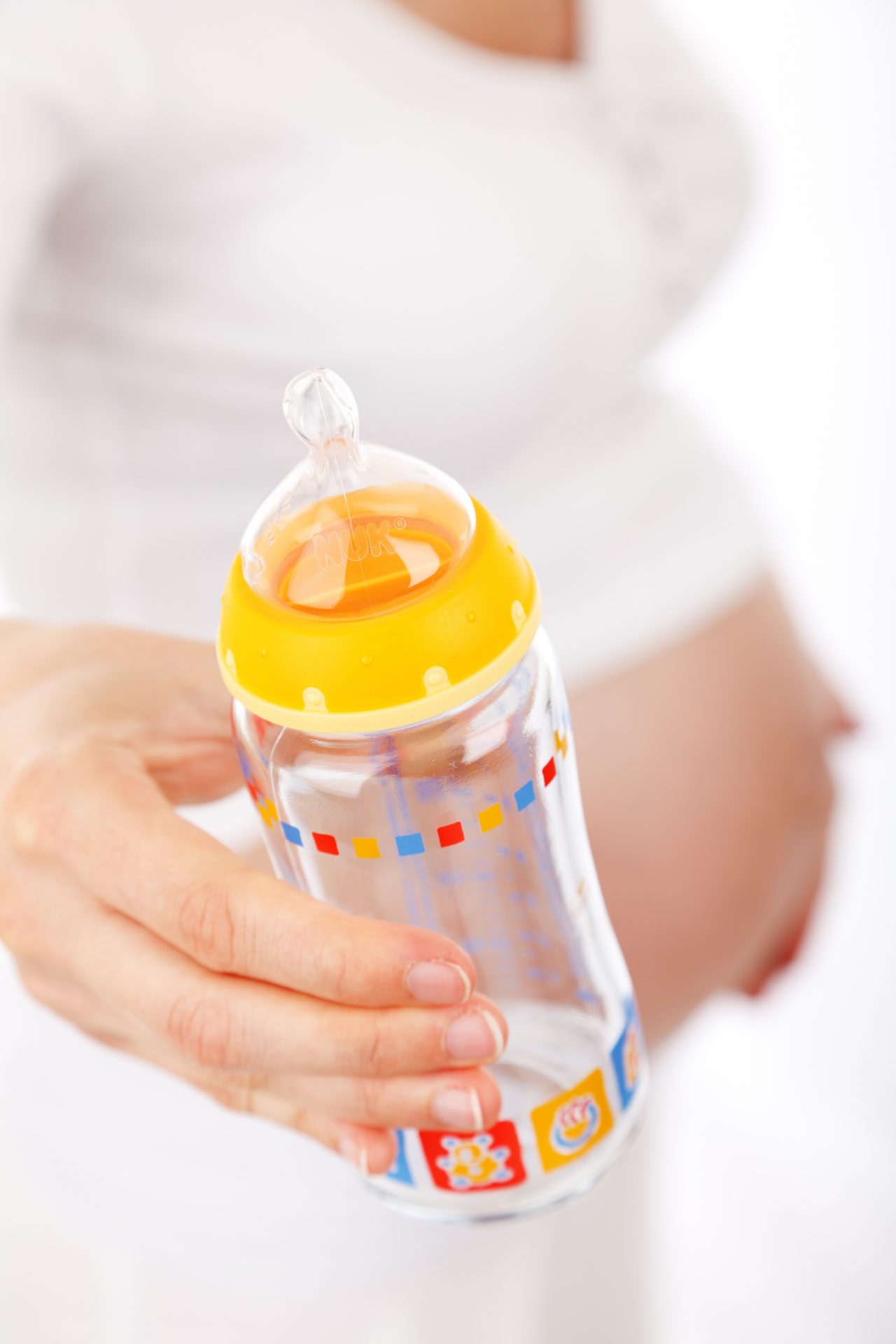 This post may contain affiliate links as Femme to Mom is a member of the Amazon Services LLC Associates Program, an affiliate advertising program designed to provide a means for sites to earn advertising fees by advertising and linking to Amazon.com.

Whether you have to return to work, or just need a break you’re probably asking yourself how do I do introduce a bottle to my breastfed baby?

In this post, we’ll be going through the following:

What is the right age to introduce a bottle?

Technically, there is no right age. It’s a little hit and miss. Though experts do recommend that you wait until baby is at least a month old to ensure that breastfeeding is well established.

Earlier than this, baby is still getting used to adquiring the right skills to breastfeed – introducing a bottle will only confuse him.

Of course, when you decide to start is completely up to you and will depend on your plans as a family.

You do need to introduce the bottle a good two weeks before you plan to return to work though – if that’s the case. Transitioning from breast to bottle can be tricky and you both need timet to get used to it.

This doesn’t mean that you can’t start storing a stash though!

What bottle should I be using?

Again, another tricky one.

Most moms have to try and test until they find the one that works for them. Personally, I tried with normal glass bottle at first that a friend had passed onto me.

The top of the bottle was adaptable to any teat, so I could try a few out. I tried with just a slow teat from the supermarket until I realized that she was rejecting the bottle.

When I switched over to D and B (?), I really saw the difference.

See, their teats are made to shape an actual nipple – the idea is that it enters entirely into baby’s mouth, so they don’t become lazy at the breast.

They also sell bottles that are the same size as the teats, if you don’t already have them.

As to what size bottle, this totally depends on your baby. You may find that baby does not take as much milk as you pumped and this could be for several reasons:

As a general rule, I like to start with 120ml (oz) and work my way up according to baby’s apetite.

How to avoid nipple confusion

I think this was my biggest worry when I was starting to pump milk. I really didn’t know how my baby was going to react and I was always terrified she would ‘reject’ my breast.

The first time we gave her a bottle was when I had an osteopath appointment about a week after birth. We couldn’t go all together, so I pumped a couple of days beforehand to make sure she’d have enough.

We never made bottle feeding too frequent, but since that day I haven’t been scared to try again.

Want to know why?

The main reason is because she took the bottle with daddy. Number one rule when you want to give your baby a bottle – make sure it’s someone else feeding her!

Even if you’re just practising at home, call in someone else. If you really have to see how she’s doing, go into the next room and poke your nose in from the doorway.

When she was more agitated, he would hold her against his chest as I would breastfeeding her.

I was surprised to find out though, that her favourite bottle-fed position actually had no resemblance to nursing. He props her upright in a bouncer or a safe baby cushion, then it’s a lot of guesswork for both of them.

He had to have a lot of patience at first as at first, her tongue would go all over the teat like a little lizard, but no milk was actually being drunk.

Nipple confusion is quite a normal thing to happen. You can control, however, whether this affects your breastfeeding relationship or not.

The reason I say it’s normal is because when babies breastfeed, their tongue does a completely different action to when using a bottle.

It produces a little spasm which you might notice as a trembling sensation under your nipple – this leads to milk abstraction.

Simply put: breastfed babies have to put in some work to get the milk out of the breast. On the contrary, when given a bottle, the milk comes out for them.

This change of process can confuse a baby when given the breast again as they are used to the faster flow and different tongue movement.

Confusion can either happen when returning to the breast, or when given a bottle too. For example, in my daughter’s case as I mentioned earlier, she produced the same tongue movement as with the nipple and couldn’t understand why milk was being spilled all over her.

As we can’t really predict whether nipple confusion will happen, it’s best to wait the time period I wrote about eatlier, before introducing the bottle.

Fortunately, there are some actions we can take to prevent nipple confusion. Hurrah!

We’ll go through them now, so keep reading…

My biggest suggestion here is that you order a few different teats and see what works for you.

When feeding a breastfed baby though, you want to make sure that you choose a teat that most resembles a nipple, obviously.

The closest that I’ve found have been Medela’s infamous Calma nipples.

Be wary though as I had to wait til my baby was old enough to take them, as they are made out of a stiffer, harder material and the nipple is too big for a newborn.

You also have to purchase a Medela bottle as all the nipples they sell are wide fit. On the plus side, the unique mechanism they use helps baby feed as if he were on the breast.

My alltime favourite for the newborn phase and beyond, are hands down Dr Brown’s teats.

I’ve never had an issue feeding with these. Lastly, MAM teats are also a good choice if your baby is having issues latching on or had tongue tie.

The nipple is a little smaller making it easier to manage for a newborn or younger baby.

They also fit on a wider bottle. I have been lucky that the teats have more or less been the same size and fit on the glass bottles a friend donated me.

I have read reviews that say that they fit on Dr Brown’s bottles too. One thing to remember: no matter how good the nipple is that you choose, it will never be as good as your nipple!

So be patient, take some time to get used to this new phase.

Tips for introducing a bottle

First of all, you want to make sure that in the beginning, someone else feeds your baby.

I know, I know, tempting as it is to want to control your baby’s feeds – you have to let go of the reins here.

If baby smells you while you’re trying to bottle feed, he’ll only understand that it doesn’t matter if he doesn’t take it – he’s still got you!

Once bottle feeding is more established, you can begin to give baby the bottle too.

Secondly, tempting as it is to step in and offer your breast when baby won’t take the nipple, in the long run baby will learn that this is the norm.

So, resist as much as you can from flying in with your SuperMom cape and let baby have a chance of feeding with someone else.

Of course, I’m not saying to ever leave your baby hungry. If you don’t see it working out after several tries, can you come to another arrangement? Can you adapt your nursing sessions around the times you leave baby?

As mothers, we have to trust that we will always find the best solution for our family.

When baby refuses the bottle

The best piece of advice I can give you here is – don’t panic! The more that baby sees you getting upset, the more she’s going to make a link between bottle = anxiety.

You’re introducing something entirely new to your little one, so it’s normal that the first reaction will be ‘What is this?!’

Take a step back, look at the bigger picture. Sometimes insisting on something can make us really frustrated as we wonder why our baby won’t take the bottle.

Try to reproduce the same environment

Have a good think about how you breastfeed your baby at home – do you do it in a certain room?

The more you stick to the familiar routine that baby knows, the more chances you have of succeeding.

Of course, if your baby will be taking the bottle at daycare, then you need to think about how you can re-create that cozy feeling there.

One thing I’ve done to help, is leave a piece of clothing or a blanket that smells of me before I go. Sometimes it’s that little bit of reassurance that baby needs. 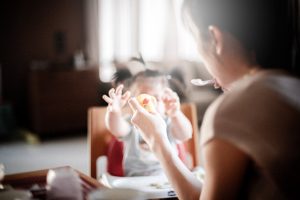 HOW TO SURVIVE THE WITCHING HOUR WITHOUT LOSING YOUR MIND 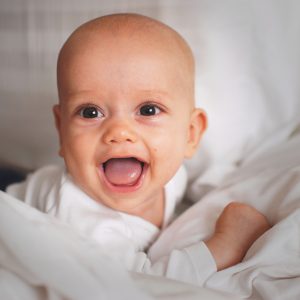 WHAT TO DO WHEN BABY WON’T SLEEP